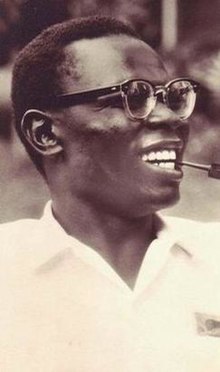 Barack Hussein Obama Sr. (/?bær?k hu??se?n o??b??m?/; 18 June 1936 – 24 November 1982) was a Kenyan senior governmental economist and the father of Barack Obama, the 44th President of the United States. He is a central figure of his son's memoir, Dreams from My Father (1995). Obama married in 1954 and had two children with his first wife, Kezia. He was selected for a special program to attend college in the United States, and studied at the University of Hawaii. There, Obama met Stanley Ann Dunham, whom he married in 1961, and with whom he had a son, Barack II. She divorced him three years later. The elder Obama later went to Harvard University for graduate school, where he earned an M.A. in economics, and returned to Kenya in 1964. He saw his son Barack once more, when the boy was about ten.

Theoretically, there is nothing that can stop the government from taxing 100 per cent of income so l ...