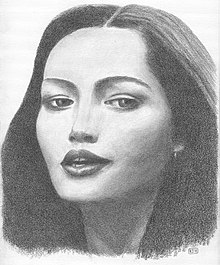 Barbara Carrera (born Barbara Kingsbury on December 31, 1945) is a Nicaraguan American film and television actress and former model. She is known for her roles as SPECTRE assassin Fatima Blush in Never Say Never Again, as Natalia Rambova in Condorman, and as Angelica Nero on the soap opera Dallas.

Now write this: 'The greatest rapture of my life was afforded me on a boat in Nassau by Fatima Blush ...