Marion Isabelle Sims Smith Spafford (October 8, 1895 – February 2, 1982) was the ninth Relief Society General President of The Church of Jesus Christ of Latter-day Saints (LDS Church) from April 6, 1945, until October 3, 1974. She served longer in this capacity than any other woman in the history of the Relief Society. Spafford also served as president of the National Council of Women from 1968 to 1972, traveling and speaking both nationally and internationally in that position. She served the LDS Church in a variety of other positions and capacities, including as editor of the Relief Society Magazine, founder of the church's social services program, and board of trustees member of the LDS school system. In all of her activities, Spafford consistently spoke of the rights and responsibilities of women. 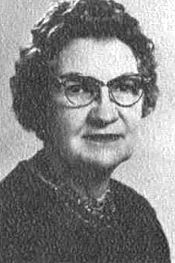 It is my conviction that there is perhaps no single factor more important in a spiritual home and in building spiritual strength in our children than the teaching and practice of prayer.

This is a wonderful world for women. The richness, the hope, the promise of life today, particularly for women, are exciting beyond belief. Nonetheless, we need stout hearts and strong characters; we need knowledge and training; we need organized effort to meet the future.

To me, success is one's ability to keep the faith, develop his God-given talents, and be able to honestly say at the close of life, "the world is a better place because I have lived."