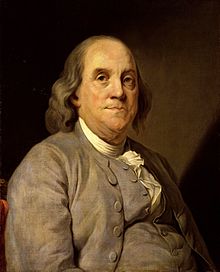 Benjamin Franklin (January 17, 1706 [O.S. January 6, 1705] – April 17, 1790) was one of the Founding Fathers of the United States. A renowned polymath, Franklin was a leading author, printer, political theorist, politician, freemason, postmaster, scientist, inventor, civic activist, statesman, and diplomat. As a scientist, he was a major figure in the American Enlightenment and the history of physics for his discoveries and theories regarding electricity. As an inventor, he is known for the lightning rod, bifocals, and the Franklin stove, among other inventions. He facilitated many civic organizations, including Philadelphia's fire department and a university.

Whatever is begun in anger ends in shame.

Beware of little expenses. A small leak will sink a great ship.

Your net worth to the world is usually determined by what remains after your bad habits are subtract ...

You may delay, but time will not.

He that can have patience can have what he will.

He that is of the opinion money will do everything may well be suspected of doing everything for mon ...

Tell me and I forget. Teach me and I remember. Involve me and I learn.

Be slow in choosing a friend, slower in changing.

A penny saved is a penny earned.

Never trust a government that doesn't trust its own citizens with guns.

One today is worth two tomorrows.

Wars are not paid for in wartime, the bill comes later.

Experience keeps a dear school, but fools will learn in no other. 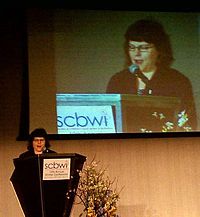