Bernard Hill (born 17 December 1944) is an English film, stage and television actor. He is known for playing Yosser Hughes, the troubled 'hard man' whose life is falling apart in Alan Bleasdale's groundbreaking 1980s TV drama Boys from the Blackstuff and, more recently, as the Duke of Norfolk in the BBC adaption of Dame Hilary Mantel's Wolf Hall. He is also known for roles in blockbuster films, including Captain Edward Smith in Titanic, King Théoden in The Lord of the Rings film trilogy and Luther Plunkitt, the Warden of San Quentin Prison in the Clint Eastwood film True Crime. 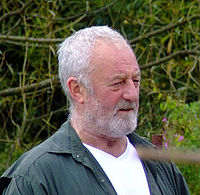 Bernard Hill has no quotes at this time.