Antonio Hardy (born September 10, 1968), better known by his stage name Big Daddy Kane, is a Grammy Award-winning American rapper and actor who started his career in 1986 as a member of the rap collective the Juice Crew. He is widely considered to be one of the most influential and skilled MCs in hip hop. The name Big Daddy Kane came from a variation on Caine, David Carradine's character from TV show Kung Fu and a character called "Big Daddy" Vincent Price played in the film Beach Party. 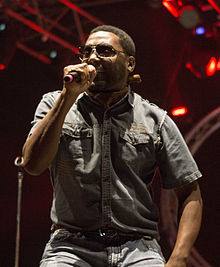 Big Daddy Kane has no quotes at this time.