Bikram Choudhury (born February 10, 1944) is an Indian yoga teacher and the founder of Bikram Yoga, a form of hot yoga performed in a series of 26 hatha yoga postures done in a hot environment of 40 °C (104 °F). After several lawsuits were filed against him alleging sexual assault and various forms of discrimination against racial and sexual minorities, courts awarded ownership of Bikram Yoga to former employee Minakshi “Micki” Jafa-Bodden and he fled from the United States to India. 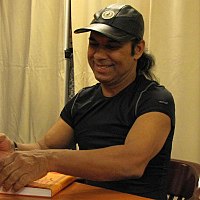 Bikram Choudhury has no quotes at this time.