William Lamar Beane III (born March 29, 1962) is an American former professional baseball player and current front office executive. He is the Executive Vice President of Baseball Operations and minority owner of the Oakland Athletics of Major League Baseball (MLB). Prior to his front office career, he played in MLB as an outfielder between 1984 and 1989 for the New York Mets, Minnesota Twins, Detroit Tigers, and Oakland Athletics. He joined the Athletics front office as a scout in 1990. He was named general manager after the 1997 season, and promoted to executive vice president after the 2015 season. 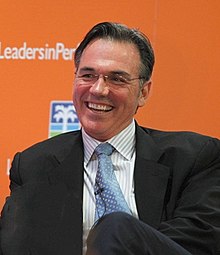 Billy Beane has no quotes at this time.