Samuel "Billy" Wilder /?wa?ld?r/; German: [?v?ld?] (June 22, 1906 – March 27, 2002) was an Austrian-born Jewish-American filmmaker, screenwriter, producer, artist, and journalist whose career spanned more than five decades. He is regarded as one of the most brilliant and versatile filmmakers of Hollywood's golden age. With The Apartment, Wilder became the first person to win Academy Awards as producer, director, and screenwriter for the same film. 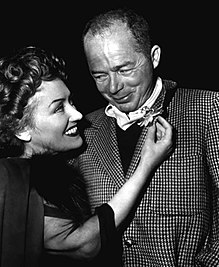 Billy Wilder has no quotes at this time.