Brandon Curtis is the vocalist, bassist, and keyboardist for the rock band The Secret Machines. Originally from Norman, Oklahoma, he was friends with Tim, Mark, and Brian of Tripping Daisy, as well as members of The Flaming Lips and The Chainsaw Kittens. Brandon and his brother Benjamin moved to Dallas and formed The Secret Machines with drummer Josh Garza. The trio later moved to New York City where Benjamin eventually left the band to pursue a career in School of Seven Bells, previously his side project. 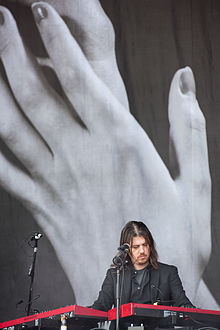 Brandon Curtis has no quotes at this time.