Braylon Jamel Edwards (born February 21, 1983) is a former American football wide receiver in the National Football League (NFL). He played college football for the University of Michigan, earned unanimous All-American honors, and was recognized as the top college wide receiver. He was also the first receiver in Big Ten Conference history to record three consecutive 1,000-yard seasons and only the third to do so in NCAA Division I-A. He was selected by the Cleveland Browns with the third overall pick in the 2005 NFL Draft. 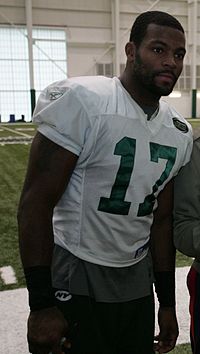 Braylon Edwards has no quotes at this time.