Brent Colin Sutter (born June 10, 1962) is a retired National Hockey League (NHL) player and former head coach of the New Jersey Devils and Calgary Flames. Selected by the New York Islanders 17th overall at the 1980 NHL Entry Draft, Sutter played over 1,000 games for the Islanders and Chicago Blackhawks during his 18-year career. He won the Stanley Cup twice with the Islanders and was an All-Star. He represented Canada on numerous occasions, winning the Canada Cup three times. 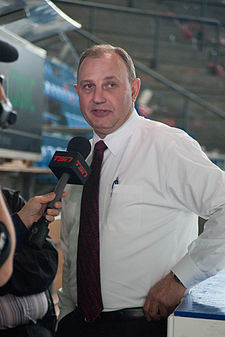 Brent Sutter has no quotes at this time.