Brian Michael Stann (born September 24, 1980) is a retired American mixed martial artist and U.S. Marine who competed as a Middleweight in the Ultimate Fighting Championship (UFC). He is a former WEC Light Heavyweight Champion. Stann is President and CEO of Hire Heroes USA, a nonprofit organization that helps U.S. military veterans. He is also a color commentator for both the Ultimate Fighting Championship and ACC football games on Fox Sports Net. 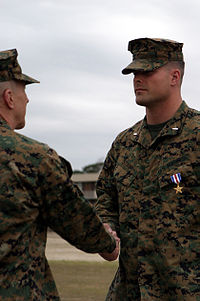 Brian Stann has no quotes at this time.