Bridgit Claire Mendler (born December 18, 1992) is an American actress, singer, and songwriter. Mendler has a degree in Anthropology from the University of Southern California. In 2004, she began her career in the animated Indian film The Legend of Buddha. As a teenager, she starred in the films Alice Upside Down, The Clique, and Labor Pains. In 2009, she signed with Disney Channel and played Juliet van Heusen on Wizards of Waverly Place. Following the positive reception to her character, she landed the role of Teddy Duncan on the Disney series Good Luck Charlie, which ran from April 2010 to February 2014. In 2011, she appeared in Good Luck Charlie, It's Christmas, the film based on the series. 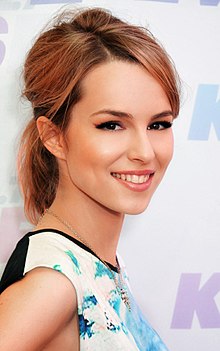 Bridgit Mendler has no quotes at this time.