Bruno Jasie?ski pronounced [?brun? ja??e?sk?i]; born Wiktor Zysman (17 July 1901 – 17 September 1938) was a Polish poet and leader of the Polish futurist movement in the interwar period, executed in the Soviet Union during the Great Purge. Today one of the streets of Klimontów is named after him. Jasie?ski is one of the best known Polish futurists, acclaimed by members of the various modernist art groups as their patron. An annual literary festival "Brunonalia" held in Klimontów, Poland, is also named after him. 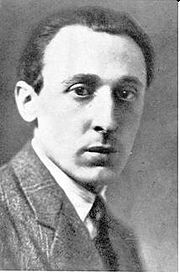 Bruno Jasienski has no quotes at this time.