Joseph Caleb Deschanel, A.S.C. (born September 21, 1944) is an American film cinematographer and film/television director. He has been nominated for the Academy Award for Best Cinematography five times. He is a member of the National Film Preservation Board of the Library of Congress, representing the American Society of Cinematographers. 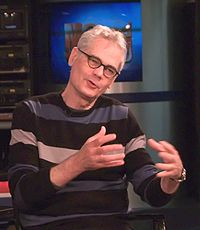 The great photographers of life - like Diane Arbus and Walker Evans and Robert Frank - all must have had some special quality: a personality of nurturing and non-judgment that frees the subjects to reveal their most intimate reality. It really is what makes a great photographer, every bit as much as understanding composition and lighting.

Reality in movies is the reality of the story you're telling, so it may not match the reality as we know it, but the reason there's art is that it tries to bring some kind of understanding of all the suffering and joys and pain that we go through. Storytelling brings some value to it.

Even great actors shine brighter in the right atmosphere.

In 'Tree of Life,' the cinematography records a small story, a celebration of the courage of everyday life. But it does it so up close and so effortlessly that it has the effect of elevating the intimacy of the story to a grand scale.