Charles Tilly (May 27, 1929 – April 29, 2008) was an American sociologist, political scientist, and historian who wrote on the relationship between politics and society. He was professor of history, sociology, and social science at the University of Michigan 1969–1984 and in his last position the Joseph L. Buttenwieser Professor of Social Science at Columbia University. He has been described as "the founding father of 21st-century sociology" and "one of the world's preeminent sociologists and historians" as his "scholarship was unsurpassed, his humanity of the highest order, his spirit unwavering." After his death, numerous special journal issues, conferences, awards and obituaries appeared in his honor. 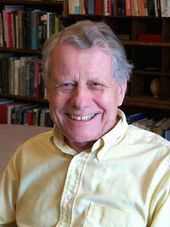 War made the state, and the state made war

From that point on, the extraordinary system of spies and informers which has played an important part in the political work of the French state into our own time took shape. (Sartine, who became lieutenant general de police in 1759, is supposed to have said to Louis XV, "Sire, when three people are chatting in the street one of them is surely my man.") Eighteenth-century police manuals like those of Colquhoun in England or Lemaire in France are no less than general treatises on the government's full repertoire of domestic regulation, coercion, and surveillance.

Almost all war making states borrow extensively, raise taxes, and seize the means of combat - including men - from reluctant citizens...

Going to war accelerated the move from indirect to direct rule. Almost any state that makes war finds that it cannot pay for the effort from its accumulated reserves and current revenues. Almost all war-making states borrow extensively, raise taxes, and seize the means of combat - including men - from reluctant citizens who have other uses for their resources.