Louis Charles Auguste Claude Trenet, known as Charles Trenet (French: [?a?l t??ne]; 18 May 1913 – 19 February 2001), was a French singer and songwriter. He was most famous for his recordings from the late 1930s until the mid-1950s, though his career continued through the 1990s. In an era in which it was unusual for singers to write their own material, Trenet wrote prolifically and declined to record any but his own songs. 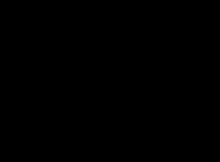 One must keep a few smiles aside to laugh at oneself on joyless days.