Charles Desmond "Charlie" Davies (born June 25, 1986) is an American soccer player who plays as a striker with the Philadelphia Union in Major League Soccer. 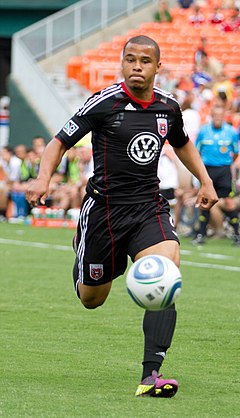 I had to add Oguchi into the list. After all, heâ??s a soccer playerâ??fittest athletes ever. At 6'4 210 pounds, he's one of the most feared men in the world's game. I've played against a lot of massive defenders. And no one has Oguchi's strength. His shoulders and chest are so big that people confuse him with an NFL player. He can move anyone in the game with one arm, including the best strikers in the world. Guys absolutely fear him.

I can feel my old self come out more and more in trainings.