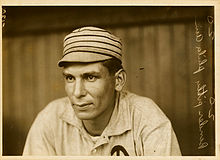 Tension is the greatest curse in sport. I've never had any tension. You give the best you have - you win or lose. What's the difference if you give all you've got to give?