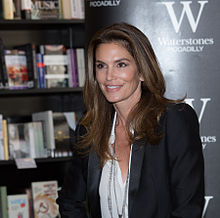 “When earnings are improving, a company is less likely to take a write-off.”

“We do not look favorably upon this tactic as we think it reduces quality of earnings and reduces ...

“We believe Dell performed well in (its fourth fiscal quarter) versus very conservative guidance b ...

“The revenue miss was split evenly between weak demand in the public sector, primarily in U.S. fed ...

“We would remain on the sidelines pending evidence the plan is working.”

“The results are mixed with a near-term bit toward the negative.”

“IBM may be left to duke it out for the remaining half of the contract that has yet to be awarded. ...

“They've got some real smoking printers coming out. They have definitely gotten my attention.”

“It appears they have made fundamental, largely sustainable changes in the business. The guidance ...

“We think Dell has been too focused on perfecting its existing model instead of adapting it to a c ...

“If they do write it off, that might imply they are negative about future profitability. To write ...

“We have been citing improving execution as a key driver of earnings growth while conventional wis ...

“We believe . . . that tightening links with customers by moving these functions into business uni ...

“In our view, CSC could provide H-P with scale and reputation that would help H-P achieve its Serv ...

“We think Hewlett-Packard will finally get credit for improving execution, possibly putting to res ...