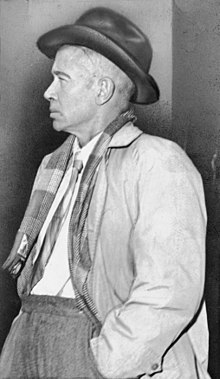 Edward Estlin Cummings (October 14, 1894 – September 3, 1962), known as E. E. Cummings, with the abbreviated form of his name often written by others in lowercase letters as e e cummings (in the style of some of his poems—see name and capitalization, below), was an American poet, painter, essayist, author, and playwright. His body of work encompasses approximately 2,900 poems, two autobiographical novels, four plays and several essays, as well as numerous drawings and paintings. He is remembered as an eminent voice of 20th century English literature.

To be nobody but yourself in a world which is doing its best, night and day, to make you everybody e ...

The most wasted of all days is one without laughter.

Once we believe in ourselves, we can risk curiosity, wonder, spontaneous delight, or any experience ...

I'd rather learn from one bird how to sing than to teach ten thousand stars how not to dance.

I imagine that yes is the only living thing.

Buffalo Bill's defunct who used to ride a watersmooth-silver stallion and break onetwothreefourfive ...

I like my body when it is with your body. It is so quite new a thing. Muscles better and nerves more ...

A politician is an arse upon which everyone has sat except a man.

Tumbling-hair picker of buttercups violets dandelions And the big bullying daisies through the field ...

great men burn bridges before they come to them

The whole truth... sings only -and all lovers are the song