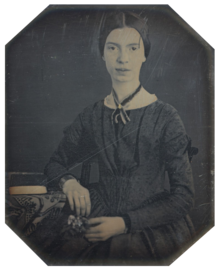 Emily Elizabeth Dickinson (December 10, 1830 – May 15, 1886) was an American poet. Dickinson was born in Amherst, Massachusetts. Although part of a prominent family with strong ties to its community, Dickinson lived much of her life highly introverted. After studying at the Amherst Academy for seven years in her youth, she briefly attended the Mount Holyoke Female Seminary before returning to her family's house in Amherst. Considered an eccentric by locals, she developed a noted penchant for white clothing and became known for her reluctance to greet guests or, later in life, to even leave her bedroom. Dickinson never married, and most friendships between her and others depended entirely upon correspondence.

Hope is the thing with feathers that perches in the soul - and sings the tunes without the words - a ...

If I can stop one heart from breaking, I shall not live in vain.

I dwell in possibility.

They might not need me; but they might. I'll let my head be just in sight; a smile as small as mine ...

Find ecstasy in life; the mere sense of living is joy enough.

If I read a book and it makes my whole body so cold no fire can ever warm me, I know that is poetry.

My friends are my estate.

Morning without you is a dwindled dawn.

Beauty is not caused. It is.

Unable are the loved to die, for love is immortality.

Truth is so rare that it is delightful to tell it.

Forever is composed of nows.

That it will never come again is what makes life sweet.

Where thou art, that is home.

Success is counted sweetest by those who never succeed. 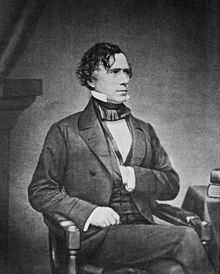