Felix Gary Gray (born July 17, 1969) known professionally as F. Gary Gray, is an American film director, film producer, music video director and actor. Gray directed Friday, Set It Off, The Negotiator, The Italian Job and Straight Outta Compton, as well as the eighth installment of the Fast and the Furious franchise, The Fate of the Furious. 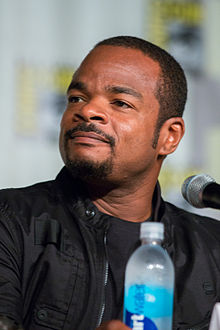 Hip hop has been an integral part of my life and my whole career. I started off doing videos with Ice Cube, and Dre, and Mary J. Blige, and TLC. So I've been involved in hip hop since the beginning.

When you start directing movies at the age of 24, you're just a kid, you don't necessarily even have the experiences to add to the story, you're working off of instinct and raw emotions and raw talent, and hopefully it's the same trajectory as growing as a person.

Because I didn't go to film school, you learn so much from a lot of creative artists.

There's always things from shooting a film that you pick up that hopefully make you better.