Fabiano Luigi Caruana (born July 30, 1992) is an Italian-American chess grandmaster and former chess prodigy. He played for the US until 2005, when he switched to Italy, and he subsequently switched back to the US in 2015. He was the 2016 US chess champion. 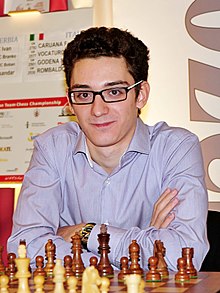 You work for a long period of time and the results don't really show, but at some point everything just comes together and you start to play better, or get more confidence.