David Oman McKay (September 8, 1873 – January 18, 1970) was an American religious leader and educator who served as the ninth president of The Church of Jesus Christ of Latter-day Saints (LDS Church) from 1951 until his death in 1970. Ordained an apostle and member of the Quorum of the Twelve Apostles in 1906, McKay was a general authority for nearly 64 years, longer than anyone else in LDS Church history, except Eldred G. Smith (though Smith was not active as a general authority for many years). 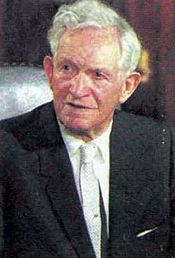 Clear skin, a manicure, a couple dead zombies, and then fame!

Zombies weren't the true plague of the world, laziness was.

He's barely said anything and I already know this guy is gross,' she told the girls. 'If the zombies come at us, we feed them him first.

I think everyone should have a problem with zombies on fire.