Gilbert Newton Lewis ForMemRS (October 25, 1875 – March 23, 1946) was an American physical chemist known for the discovery of the covalent bond and his concept of electron pairs; his Lewis dot structures and other contributions to valence bond theory have shaped modern theories of chemical bonding. Lewis successfully contributed to thermodynamics, photochemistry, and isotope separation, and is also known for his concept of acids and bases. 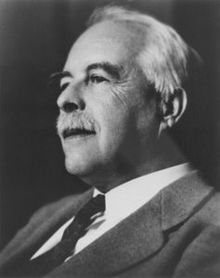 Planck...and Bohr...have invented systems containing electrons of which the motion produces no effect upon external charges...[N]ot only [is this] inconsistent with the accepted laws of electromagnetism, but I may add, is logically objectionable, for that state of motion which produces no physical effect whatsoever may better be called a state of rest.