George Richard "Rick" Wagoner, Jr. (born February 9, 1953) is an American businessman and former Chairman and Chief Executive Officer of General Motors. Wagoner resigned as Chairman and CEO at General Motors on March 29, 2009, at the request of the White House. The latter part of Wagoner's tenure as CEO of General Motors found him under heavy criticism as the market valuation of GM went down by more than 90% and the company lost more than $82 billion USD. This led to his being named one of the worst CEOs of 2008. 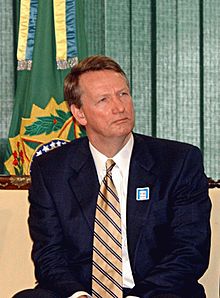 A lot of other things come along with Chapter 11, which basically end up in a lot of pain.

Ford, as I understand it, had done away with the concept of regional management, and now they've re-introduced that in Europe, so it's kind of a two-way street.

We believe in fair exchange rates and Japan doesn't practice that. They have massive U.S. dollar reserves, and they use them to intervene regularly.

History shows you don't know what the future brings.

Go at life every day with passion and enthusiasm... and when challenges arrive, simply do not give up.

All this improvement is great, but all that does is get us in the game to play for improvements that we need in the future, so that we can be aggressive in the marketplace.