George Wylie Paul Hunt (November 1, 1859 – December 24, 1934) was an American politician and businessman. He was the first Governor of Arizona, serving a total of seven terms, along with President of the convention that wrote Arizona's constitution. In addition, Hunt served in both houses of the Arizona Territorial Legislature and was posted as U.S. Minister to Siam. 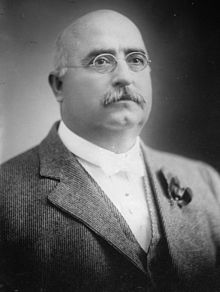