Galen Laius Gering (born February 13, 1971) is an American actor most known for his portrayal of characters on daytime soap operas. He plays the role of Rafe Hernandez on the long-running NBC soap opera Days of Our Lives. Prior to his current role, he acted on the NBC daytime soap opera Passions. 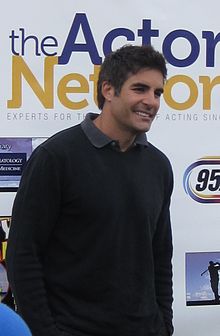 “I did this commercial for a Dutch cookie where I was jumping on a trampoline completely naked with a girl... you can only imagine what I looked like.”