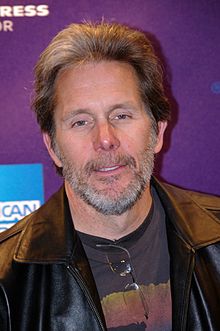 Gary Michael Cole (born September 20, 1956) is an American actor. Cole began his professional acting career on stage at the Steppenwolf Theatre Company in 1985. On television, he had starring roles in the series Midnight Caller, American Gothic and Crusade. In film, Cole has had lead and supporting roles in The Brady Bunch Movie, One Hour Photo, Office Space, Dodgeball and Talladega Nights: The Ballad of Ricky Bobby. Cole is also known for voicing the title character of Harvey Birdman, Attorney at Law.

I messed around in high school, but I pretty much put it away until I did a television show in San F ...

I am also a drummer of sorts. I've got an electronic set sitting in my bedroom.

Clint Eastwood is a very soft-spoken, humble guy, actually, which helped put somebody like me at eas ...

You need someone to tell you how to do things like hitting your marks, or driving a car so it looks ...

I just don't eat too much. That's never been my problem.

I was a little nervous coming in mostly because my first scene was with Martin Sheen, who I'm a huge ...

I love going to concerts, so that whole environment is something that intrigues me anyway.

I think it had something to do with my love of music, especially rock music.

I like the fact that this kind of family has been seen in a movie a million times: teenage kids, the ...

A lot of actors in my age bracket look at being still standing as pretty good.

I don't think anyone sets out to do something bad, it's just that it's very difficult.

Improv is not something I had a lot of experience with, because for a long time, my only experience ...

You can go out in a good movie and look bad as well.

When you make a movie, it's up to so many things and so many people.

Being able to fantasize for a couple of days at being a rock singer surpassed most things I've done ...