Gaston Lachaise (March 19, 1882 – October 18, 1935) was an American sculptor of French birth, active in the early 20th century. A native of Paris, he was most noted for his female nudes such as Standing Woman. Gaston Lachaise was taught the refinement of European sculpture while living in France. He met a young American woman, Isabel Nagel, and the pair moved to America, where his craft reached maturity and he was influenced and inspired by American ways. Lachaise helped redefine the female nude in a new and powerful manner. His drawings also reflected his new style of the female form. 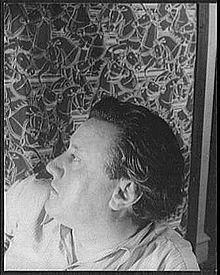 In Paris, I met a young American person who immediately became the primary inspiration which awakened my vision and the leading influence that had directed my forces. Throughout my career as an artist, I refer to this person by the word 'Woman.'