Gavin James Creel (born April 18, 1976) is an American actor, singer and songwriter. Creel is best known for his work in musical theatre, for which he has received three Tony Award nominations—for originating the role of Jimmy in Thoroughly Modern Millie, for his performance as Claude in Hair, and for his performance as Cornelius Hackl in Hello, Dolly!—and an Laurence Olivier Award for originating the West End version of Elder Price in The Book of Mormon at Prince of Wales Theatre. He also played the role of Elder Price in US National Tour and on Broadway at the Eugene O'Neill Theatre. He played Steven Kodaly in Roundabout Theatre Company's production of She Loves Me, which premiered in spring 2016. 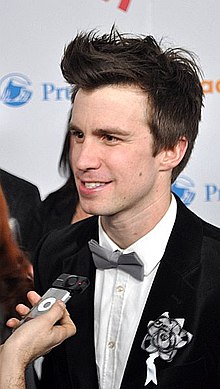 I'm a huge South Park fan, loved Avenue Q and can not wait to work with Trey Parker, Matt Stone, Bobby Lopez and Casey Nicholaw. Elder Price is an amazing role and I am so excited to take The Book of Mormon across the country.