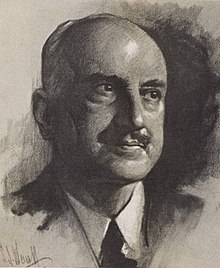 Jorge Agustín Nicolás Ruiz de Santayana y Borrás, known as George Santayana (December 16, 1863 – September 26, 1952), was a philosopher, essayist, poet, and novelist. Spanish-born, Santayana was raised and educated in the United States and identified himself as an American, although he always kept a valid Spanish passport. He wrote in English and is generally considered an American man of letters. At the age of forty-eight, Santayana left his position at Harvard and returned to Europe permanently, never to return to the United States. His last wish was to be buried in the Spanish pantheon in Rome.

The family is one of nature's masterpieces.

Those who do not remember the past are condemned to repeat it.

We must welcome the future, remembering that soon it will be the past; and we must respect the past, ...

One's friends are that part of the human race with which one can be human.

Bid, then, the tender light of faith to shine By which alone the mortal heart is led Unto the thinki ...

America is a young country with an old mentality.

By nature's kindly disposition most questions which it is beyond a man's power to answer do not occu ...

Lovely promise and quick ruin are seen nowhere better than in Gothic architecture.

All thought is naught but a footnote to Plato.

Guard you thoughts as you would your wallet.Habit is stronger than reason.

Rejection is a form of self-assertion. You have only to look back upon yourself as a person who hate ...