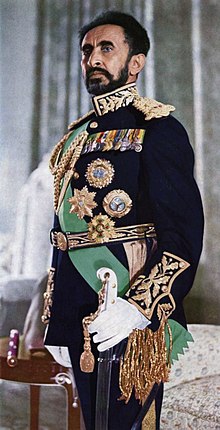 We must become bigger than we have been: more courageous, greater in spirit, larger in outlook. We m ...

Peace is a day-to-day problem, the product of a multitude of events and judgments. Peace is not an ' ...

The Charter of the United Nations expresses the noblest aspirations of man: abjuration of force in t ...

Thousands of years ago, civilizations flourished in Africa which suffer not at all by comparison wit ...

A house built on granite and strong foundations, not even the onslaught of pouring rain, gushing tor ...

I have lived too long to cherish many illusions about the essential high-mindedness of men when brou ...

Mahatma Gandhi will always be remembered as long as free men and those who love freedom and justice ...

A well organized education should not be one which prepares students for a good remuneration alone. ...

Every labourer is a father, his labour is his child. Choose your project carefully and achieve it wo ...

A good leader... maintains a balance between emotional drive and sound thinking.

Until all Africans stand and speak as free human beings, equal in the eyes of the Almighty; until th ...

We all wish to live. We all seek a world in which men are freed of the burdens of ignorance, poverty ...

This world was not created piecemeal. Africa was born no later and no earlier than any other geograp ...

Our youth must be steadfast and take advantage of the benefits of modern civilization. Do not fall p ...

Any who may wish to profit himself alone from the knowledge given him, rather than serve others thro ...