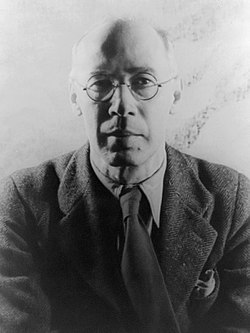 Henry Valentine Miller (December 26, 1891 – June 7, 1980) was an American writer. He was known for breaking with existing literary forms, developing a new sort of semi-autobiographical novel that blended character study, social criticism, philosophical reflection, explicit language, sex, surrealist free association and mysticism. His most characteristic works of this kind are Tropic of Cancer (1934), Black Spring (1936), Tropic of Capricorn (1939) and The Rosy Crucifixion trilogy (1949–59), all of which are based on his experiences in New York and Paris, and all of which were banned in the United States until 1961. He also wrote travel memoirs and literary criticism, and painted watercolors.

If there is to be any peace it will come through being, not having.

Every man has his own destiny: the only imperative is to follow it, to accept it, no matter where it ...

The real leader has no need to lead - he is content to point the way.

Develop interest in life as you see it; in people, things, literature, music - the world is so rich, ...

Our own physical body possesses a wisdom which we who inhabit the body lack. We give it orders which ...

There is nothing strange about fear: no matter in what guise it presents itself it is something with ...

Los Angeles gives one the feeling of the future more strongly than any city I know of. A bad future, ...

Writing is its own reward.

Music is the can-opener of the soul.

Obscenity is a cleansing process, whereas pornography only adds to the murk.