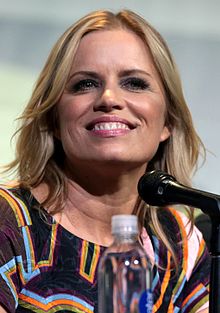 Steve Zahn and I like to go to dinner, and we love to go to Chef Donald Link's Herb Saint.

When you're guest-starring on another show, it really requires you to jump through hoops in a way, b ...

Pilot season tends to be grueling, because you can be thrown all of these auditions at once - last-m ...

I was a waitress years ago when I was first trying to become an actress, waiting tables in New York ...

If you went to school in Nashville, you were aware of all those '60s rockabilly people.

I don't like all of the contemporary country. I like some of it, but I'm mostly into the traditional ...

I have to say, not a day goes by when I don't think fondly about 'Deadwood' and miss things about it ...

I'm a country girl; I like country music. That's what my car radio is on.

I started out in New York, and New York has a way of countering a Southern accent, naturally; when I ...