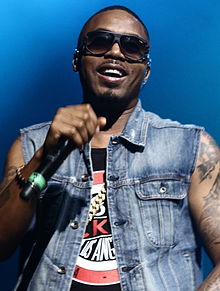 Nasir Bin Olu Dara Jones (/n???s??r/; born September 14, 1973), better known by his stage name Nas /?n??z/, is an American rapper, record producer, actor, and entrepreneur. The son of jazz musician Olu Dara, Nas has released eight consecutive platinum and multi-platinum albums and has sold over 25,000,000 records worldwide. He is also an entrepreneur through his own record label; he serves as associate publisher of Mass Appeal magazine and is the owner of a Fila sneaker store. He is currently signed to Mass Appeal Records.

Calling Michelle 'Obama Barack's baby mama?' Tell me, is that acceptable? But the Obamas aren't the ...

Life Is Good' represents the most beautiful, dramatic and heavy moments in my life.

You can't please everybody. You'd be crazy if you're trying to. So take some time out to do some thi ...

You ni**az get me sick, wannabe soundin like you know my arithmetic... but we don't sound alike

Hip-hop is the streets. Hip-hop is a couple of elements that it comes from back in the days... that ...

I definitely have plans to do more collaboration albums in the future. I'm a big fan of Common. I'm ...

All fatherhood is very important because single mothers shouldn't have to raise sons or daughters; t ...

I love the art world, I love art galleries, I love what it means - I love art.

I had a pretty public divorce. They're not easy - divorces - and it took me a long time to really ge ...

No Ideas original - there is nothing new under the sun...

Let the music diffuse all the tension.

Everything will eventually come to an end, So try to savor the moment, cause time flies, don't it? T ...