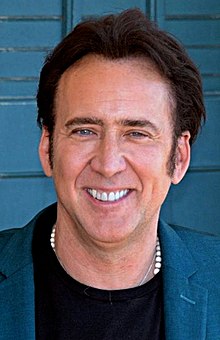 When I was eight, I would look at the cover of the 'Ghost Rider' comic book in my little home in Lon ...

I do enjoy animated movies. I really love anime and movies like 'Spirited Away' and 'Howl's Moving C ...

The movies I cannot go without and that I watch annually are 'A Clockwork Orange,' 'Scarface' and 'F ...

I don't want you to think that I'm up late reading a stack of Spider-Man comics and eating a tray of ...

God bless my father, but he always spoke in this continental, literary accent, probably because he w ...

Picasso said, 'Art is a lie that tells the truth.' What if you just want to tell the truth and not l ...

When I'm in England, I know I'm a visitor, but being a white man in England with ancestry that's Ger ...

My father once said, 'If you're in the desert and you're dying of thirst, are you going to drink a g ...

I may be alone in this, but I do sense the power of film, in that movies have the ability to literal ...

When I started experimenting with fantasy and horror films and looking for characters who had some s ...

I know there's been a lot that's been said about animated voice work, as though it's 'you can do thi ...

There is a misperception, if you will, in critical response or even in Hollywood, that I can only do ...

I know what it's like to meet someone you admire and have them be a complete jerk.

I have eclectic tastes in the movies I want to do.