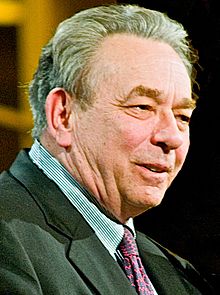 Robert Charles Sproul (born February 13, 1939) is an American Calvinist theologian, author, and pastor. He is the founder and chairman of Ligonier Ministries (named after the Ligonier Valley just outside Pittsburgh, where the ministry started as a study center for college and seminary students) and can be heard daily on the Renewing Your Mind radio broadcast in the United States and internationally. "Renewing Your Mind with Dr. R.C. Sproul" is also broadcast on Sirius and XM satellite radio. In late July 2012, a new Christian internet radio station called RefNet (Reformation Network) was also announced by Ligonier Ministries in an effort to reach "as many people as possible" where Internet access is available.

Here, then, is the real problem of our negligence. We fail in our duty to study God's Word not so mu ...

We do not segment our lives, giving some time to God, some to our business or schooling, while keepi ...

People need a consistent explanation of the cross of Christ and what it accomplished. Christ's atoni ...

Whenever I read the psalms, I feel like I am eavesdropping on a saint having a personal conversation ...

For a Christian to be a Christian, he must first be a sinner. Being a sinner is a prerequisite for b ...

It is important for us to make a distinction between the spiritual fruit of joy and the cultural con ...

The wearing of fabric head coverings in worship was universally the practice of Christian women unti ...

Grace and mercy are never deserved.

Preachers must always fight the temptation to preach anything but Christ and Him crucified.

“Both teams got away with a lot. But their up-in-your-face intensity is different from what we see with lots of teams.”