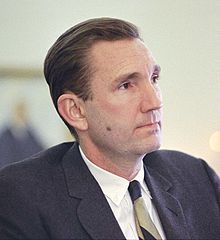 Turbulence is life force. It is opportunity. Let's love turbulence and use it for change.

Impeachment appears six times in the U.S. Constitution. The Founders weren't concerned with anything ...

The United States is not nearly so concerned that its acts be kept secret from its intended victims ...

We're not a democracy. It's a terrible misunderstandin g and a slander to the idea of democracy to c ...

How dare Americans allow their government to cause such misery [in the world].

Both trials are marred with injustice, both are flawed.

The U.S. has in its stockpiles more nuclear bombs, chemical and biological weapons, more aircraft, r ...

A right is not what someone gives you; it's what no one can take from you.

Democracy is just a word. You have to give it meaning. The US is not a democracy. Most Americans do ...

It has never happened in history that a nation that has won a war has been held accountable for atro ...

“I've been in many unpopular cases where there's been high community prejudice against the defenda ...

“The greatest crime since World War II has been U.S. foreign policy.”

“The measure of your quality as a public person, as a citizen, is the gap between what you do and ...