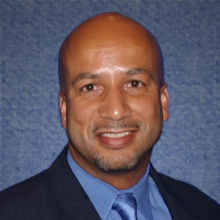 Clarence Ray Nagin, Jr., also known as C. Ray Nagin (born June 11, 1956) is an American politician who had previously served as the 60th mayor of New Orleans, Louisiana from 2002 to 2010. A Democrat, Nagin became internationally known in 2005 in the aftermath of Hurricane Katrina.

We're learning as we go. We're a lot smarter this time. We understand what it takes to mobilize away ...

The reality of Katrina didn't really strike me until the first time I flew up in a helicopter and sa ...

I don't think that any person can fix FEMA. I think FEMA needs a total restructuring. I think it nee ...

The rise of the Earth's temperature, causing sea level increases that could add up to one foot over ...

I just tell you, I'm not a big FEMA fan.

You take dark chocolate, you mix it with white milk, and it becomes a delicious drink. That is the c ...

I was among the people in the Superdome. I knew what was going on every minute. I did not have air c ...

I think I did everything possible known to any mayor in the country as it relates to saving lives.

If it were my decision, I'd knock the Superdome down. If I couldn't knock it down, I'd just open the ...

We are facing a storm that most of us have long feared.

I always feel that in politics, you have a bridle on. Well, I took the bridle off. And I tell you, i ...