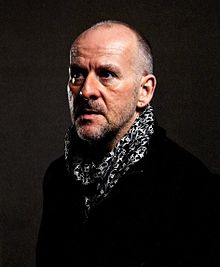 Simon Critchley (born 27 February 1960) is an English philosopher. He writes about the history of philosophy, political theory, religion, ethics, aesthetics, literature and theatre. He studied philosophy and has held visiting professorship at numerous universities. He has authored many books, and his work has been acknowledged. He argues that religious disappointment raises the question of meaning and has to, as he sees it, deal with the problem of nihilism; political disappointment provokes the question of justice and raises the need for a coherent ethics.

I've always been very keen on Pascal, and what I'm most keen on in Pascal is his emphasis upon human ...

The only answer to the question of the meaning of life has to begin from the fact of our human finit ...

Genuinely great humour recognises the world it's describing and yet we are also called into question ...

In relation to the question of hope, I think the only hope we have is hope against hope. We hope for ...

Philosophy for me is essentially atheistic. Now that's an anxious atheism. It's an atheism that is a ...

Christianity in the West, opens up a perspective of depth into what it means to be a self. And that ...

When the animal becomes human, the effect is pleasingly benign and we laugh outloud, "Okay come clea ...

I have argued that philosophy doesn't begin in wonder or in the fact that things are, it begins in a ...

Any philosophical and theoretical assurance that laughter is unique to the human being becomes somew ...

There are lots of stories about how philosophy begins. Some people claim it begins in wonder; some p ...

For me, philosophy is an activity of thought that is common to human beings. Human beings at their b ...

My favourite writer is Beckett and I keep going back to wallow in his work like a deep pool of dark ...

I guess what happens to a lot of people as they get older is that they get more conservative, but wi ...