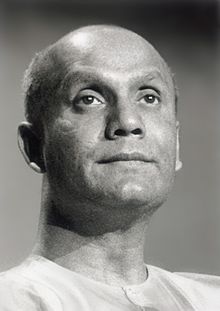 Chinmoy Kumar Ghose, better known as Sri Chinmoy (27 August 1931 – 11 October 2007), was an Indian spiritual master who taught meditation in the West after moving to New York City in 1964. Chinmoy established his first meditation center in Queens, New York, and eventually had thousands of students in 60 countries. A prolific author, artist, poet, and musician, he also held public events such as concerts and meditations on the theme of inner peace. Chinmoy also advocated athleticism to achieve spiritual enlightenment, including distance running, swimming, and weightlifting. He organized marathons and other races, and was an active runner and, following a knee injury, weightlifter.

Heaven and God are not high above us, far away; they are deep within us. Heaven is not a distant cou ...

A sincere seeker knows what his goal is: the highest Truth. He will not delay his journey. In spirit ...

When you drive, you are doing several things at once. You are using your eyes, ears, hands, your min ...

Ours is a divine journey; therefore, this journey has neither a beginning nor an end... This journey ...

Impossibility is a dictionary word.

Even spiritually advanced people are often confused. They feel an inner ecstasy which comes from the ...

In the mind, we doubt and suspect, and we get a kind of pleasure, a kind of joy from that. But in th ...

What is realisation? Realisation is my conscious and constant sailing with my Inner Pilot in His Gol ...

Now is the time to make good use of time. Today is the day to begin a perfect day.

Love is hope. Hope is nectar.