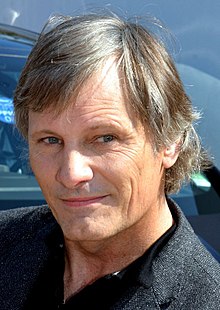 Freud was the son of a Jewish merchant who had to move his whole family to Vienna because he couldn' ...

When I heard Puerto Ricans in New York City, it sounded very strange. And the first time I heard som ...

Be kind. It's worthwhile to make an effort to learn about other people and figure out what you might ...

When you're under stress as a human being, you behave oddly and your relationships with people becom ...

When I make a movie, I don't break it down and analyze it. I could but it would get in the way of do ...

I'm not afraid of death, but I resent it. I think it's unfair and irritating. Every time I see somet ...

I hate divers, like Cristiano Ronaldo, who might be the greatest athlete in the sport, but he's a bi ...

I realise how important it is to use the time I have. I respect people who want to do that by watchi ...

I don't have a BlackBerry or whatever you call it. And there is something to be said for being isola ...

One of the main ways that leadership stays in power is by, in various ways, convincing people that t ...

In principle, I think the idea of rewarding a good effort is interesting, but movies are generally d ...

Walking down the street in any town or city in the world and having people look at you and start tal ...

Like most people I can be lazy, so it's nice to have a goal or deadline or reason to work out. I fee ...

In a way, editing is not unlike the movies. The best books, just like the best movies, are a collabo ...

The Road' is about that fear that all parents can have. What's going to happen to your child if you' ...