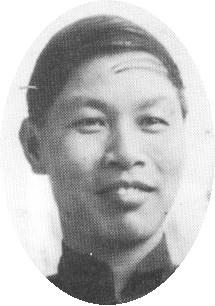 Watchman Nee, or Ni Tuosheng (Chinese: ???; pinyin: Ní Tuòsh?ng; November 4, 1903 – May 30, 1972), was a church leader and Christian teacher who worked in China during the 20th century. In 1922, he initiated church meetings in Fuzhou that may be considered the beginning of the local churches. During his thirty years of ministry, Nee published many books expounding the Bible. He established churches throughout China and held many conferences to train Bible students and church workers. Following the Communist Revolution, Nee was persecuted and imprisoned for his faith and spent the last twenty years of his life in prison. He was honored by Hon. Christopher H. Smith (R–NJ) in the US Congress on July 30, 2009.

Revelation is the first step to holiness, and consecration is the second. A day must come in our liv ...

It does not matter what your personal deficiency, or whether it be a hundred and one different thing ...

Separation to God, separation from the world, is the first principle of Christian living.

Frequently what we say is rest is merely laziness. Our body requires respite and so does our mind an ...

Our old history ends with the Cross; our new history begins with the resurrection.

Do not be taken in or flattered by your own success or fame. Take not only as to whether or not the ...

There is nothing more tragic than to come to the end of life and know we have been on the wrong cour ...

We may be weak, but looking at our weakness will never make us strong.

Oh, Lord, you have indeed been gracious to me.

I want nothing for myself; I want everything for the Lord.

They spend more time in analyzing, in collecting materials, and in hard thinking than on prayer, on ...

The gospel we preach must not be just something we hear from men or read from books or even conceive ...