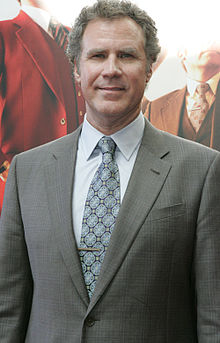 Saturday Night Live is such a comedy boot camp in a way, because you get to work with so many differ ...

I speak as much Spanish as anyone who has grown up in Southern California or Texas or Arizona. I had ...

I think with the success of, like, every summer there has been a couple R-rated comedies that have d ...

I always just forced myself to do crazy things in public. In college I would push an overhead projec ...

Members of the Senate and House, if they want to send troops into war, should be forced to send a fa ...

Enjoy the little fun things - like taking your kids to school - before they're all grown up.

I don't know about living on an automatic pilot, but I've had times where I've decided to just test ...

I'm a Cancer; I'm music-passionate. I like long walks on the beach.

I know the nature of comedy, and you never know what will happen with the next movie or whether peop ...

I always find it actually funny that the analysis is that the characters I play in comedies are the ...

Elf' has become this big holiday movie, and I remember running around the streets of New York in tig ...

I grew up in an entertainment family, and so I saw how susceptible you are to the ups and downs of t ...

I love watching people be totally committed in a very real way to stupid situations. I find it's not ...