“We're going to be very careful about allowing access to our customer base.”

“He's been somewhat of an evangelist, a circuit-riding preacher. He's connected with the fan base.” 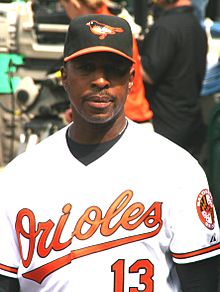 “I told him that I'd prefer him not to do that, ... He felt he could maybe get a bunt base hit and, like I said earlier, if he makes it, then we're O.K. But even if he makes it, it still might not be the right play. But he feels that's part of his game in his mind. But personally, no, I'd rather him swing the bat.”

“We stranded a lot of base runners tonight. Pat (Gonzales) finally got that big hit with the bases loaded.”

“It started with Hallett. We were able to get some good jobs at first base. Stealing is always a main part of our game plan. Fortunately, we were able to put the ball in play as well.”

“It was a training base. There were a lot of munitions used in the training.”

“Our mentality this year is if we get on base we have to score. We've had clutch, two-out hitting throughout the year.”

“We did get some hits, but we left guys on base. We're just not swinging the bats the way we need to. But everyone we're putting out there on the mound is doing a great job.”

“Sixty percent of the time, if he makes an out then we're stuck waiting for an extra-base hit from the guys behind him. It's just the proper play. It's kind of by the book, but this is a team game and we have to rely on more than just Allen Craig.”

“He and I had been standing in as the first base coaches during the biggest part of the game. It was tough on him to watch his teammates play and not be able to take the field himself. We came home before the game was over.”