“He'll most likely be found guilty, and he knows it. It's almost impossible for him to win - the case is a clear breach of the law on Holocaust denial.”

“The Fed knows darn well that higher oil prices increase the risks of a recession more than it does triggering massive inflation. If the price of oil suddenly crashed and consumer spending were to get better than the Fed might want to go to 4.25 percent but I think 4 percent is the magic number.”

“I was amazed, it's like this guys either strong as nails, or just like knows what he's all about. He is like one of the coolest guys I think I've ever met. I thought it was a tragedy the guy had to be taken out like that. It wasn't right. So, um, I thought he definately deserved, at least, a song on the album from uh.. one band. You know what I mean?”

“He knows talk is cheap and actions speak louder than words.” 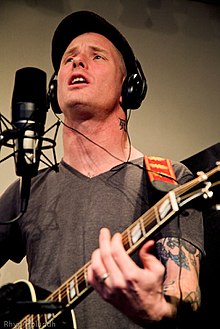 “He has his fears and he knows I could get really hurt out there.”

“She took our last loss very hard. But her numbers did not project the heart she played with. She knows that she's going to do better.”

“It is surely a matter of common observation that a man who knows no one thing intimately has no views worth hearing on things in general. The farmer philosophizes in terms of crops, soils, markets, and implements, the mechanic generalizes his experiences of wood and iron, the seaman reaches similar conclusions by his own special road; and if the scholar keeps pace with these it must be by an equally virile productivity.”

“This team knows their job is to score runs and win every inning. Whoever wins the most innings usually wins the ball game.”