“I think we can save reefs in the Caribbean and the Pacific. But we need proper water treatment systems throughout the world and large enough networks of marine reserves.” 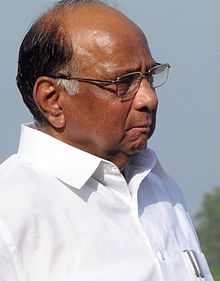 “It looks like that he is definitely a proper person who should be included (in the team). What was appearing in the papers was that he was not cooperating and his relationship with his colleagues was not good. I myself went to his senior colleagues and there is not a single complaint against him. And whatever reports appeared in the media is unfair on any player and especially for the person who has got victories for India.”

“I have purposely not gotten into conversations or debates with any players about the alleged incident. I'm letting the proper circles handle that. Then I'll be notified about what the findings are, and then I'll act accordingly -- as will our owner.”

“Like a shadow that does not permit us to jump over it, but moves with us to maintain its proper distance, pollution is nature's answer to culture. When we have learned to recycle pollution into potent information, we will have passed over completely into the new cultural ecology.”

#Ecology #Its #Jump #Like #Maintain #Moves #Not #Permit #Proper #Shadow

“I should think that the proper remedy is that ... the board ought to go to the General Assembly and ask the law be changed and clarified.”

“There has to be proper supervision. The director might expect a dog to jump from a height of six feet. We can't play with the lives of our livelihood. We treat them like our children. The guidelines must be followed strictly.”

“It's not proper to give someone a script and say, 'Listen, I'm going to give you a script but this means an awful lot to me because it's about my father and mother ... ' The person who reads the script -- they don't give a s--- about that, ... What does he care? What does an actor care about when he reads a script? He cares about whether he can score or not. He cares about whether or not the audience is going to identify with him or whether they're going to laugh or be compelled by the story. The reason I said yes is because I enjoyed it.”

“You can teach in almost any condition. However, it certainly is more conducive to learning when you have the proper facilities and the proper conditions.”